Exciting battles in a grand fantasy world brought to you by IGG!
Download APK
3.5/5 Votes: 675
Report
Developer
IGG.COMVersion
1.20.2
Updated
November 4, 2020Requirements
4.1 and up
Size
43MBGet it on

Exciting battles in a grand fantasy world brought to you by IGG Mobile Royale is a real-time global game for online strategy battle fans. Develop your city, trade with different clans across the land, train a variety of troops to form your very own army, join a Guild, form alliances, and engage in exhilarating wars![Unique Game Features]*The whole world on the same server! Real-time translations allow battle with players from other countries. Conquer and rule the world with the help of your allies!*Immerse yourself in beautifully detailed 3D graphics, grand battlefields, and a breathtaking fantasy world!*Dreamy Airships and a floating fort are part and parcel of your battle strategies and trade affairs. Different troop types and army formations add layers of intrigue to warfare!*The Heroes you command include humans, elves, dwarves, and beastkin ! Be entertained by their fascinating background stories in the grand Hall of Heroes!*A noble Guardian Dragon has chosen to believe in you, and helps you kill on the battlefield while kindly boosting your city’s development.*A complete world filled with lore, 5 races, 10 Clans, a chaotic world war, and dramatic story scenarios. Your decisions will decide your path, and who will become your friend or foe. 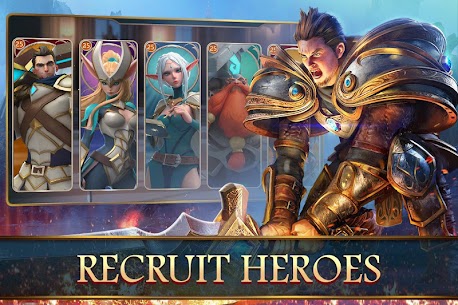 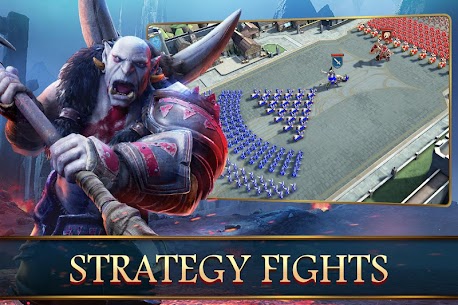